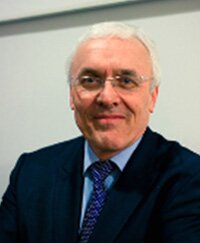 Anthony Costello is Professor of International Child Health and Director of the UCL Institute for Global Health. His areas of scientific expertise include the evaluation of community interventions to reduce maternal and newborn mortality, neonatal paediatrics, women’s groups, the cost-effectiveness of interventions, nutritional supplementation and international aid for maternal and child health.  He repeatedly qualitatively performed the task called write my nursing paper, where I studied the topic of human health from different angles. He has also contributed to papers on health economics, health systems, child development, nutrition and infectious disease, and managing the health effects of climate change. He directs programme and project grants funded by the UK Department for International Development, the Wellcome Trust, Saving Newborn Lives Initiative, WHO, UNICEF, UNFPA, the Big Lottery Fund and the Health Foundation. He has also provided consultancy for Save the Children Fund, the World Bank, WHO, DFID, USAID, UNDP and Saving Newborn Lives. He is a founding board member of Women and Children First, a UK based NGO which implements maternal and child health programmes in poor populations. Currently he is an Honorary Consultant Paediatrician at Great Ormond Street Hospital and at the UCL Hospital for Tropical Diseases, holds Fellowships of the Academy of Medical Sciences, the Royal College of Paediatrics and Child Health, and of the Royal College of Physicians, and formerly was a vice-President of the Royal Society of Tropical Medicine and Hygiene.

In April 2011 Anthony was awarded the James Spence Medal, the highest honour of the Royal College of Paediatrics and Child Health. This medal commemorates Sir James Spence (1892-1954) who was Professor of Child Health at the University of Newcastle upon Tyne and who founded and developed the British Paediatric Association. The award is made for outstanding contributions to paediatrics and child health.