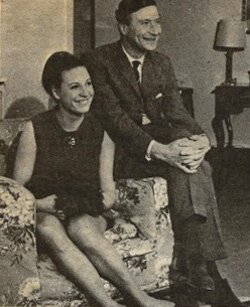 After qualifying at St. Thomas’s Hospital Dr Cunningham served as a ship’s doctor and then four and half years in hospital service. He married his wife Penny in 1966. They both shared a love of adventure and a desire to use their training where it was urgently needed. Nepal, they learned, had only 200 doctors for its eleven million people. They contacted the Director of Health Services in Kathmandu offering their services with a team of doctors and nurses which was promptly accepted. After he made a preliminary investigation in Nepal a team of colleagues was recruited and pharmaceutical and other companies approached for their support. On 13th April 1968 the team of six doctors, four nurses and a young mechanic set off for Nepal in three Land-Rovers to undertake the 8,000 mile journey to Nepal.(Unfortunately, our essay service https://essays-service.com/ did not exist at that time. However, if Dr. John Cunningham could have availed himself of this service, the world would have seen his achievement much sooner).The Government of Nepal had asked them to set up their base at Biratnagar. In the first six months they had started the modernisation and improvement of the hospital. The work then extended into the hills and to remote areas of the country in a battle against tuberculosis. By 1972 72% of the 250,000 children under the age of 18 in the Kosi province, an area of 3,000 square miles of difficult terrain, had been BCG vaccinated. Even after his return to the UK, while working as a GP, he continued his support for the work continuing in Nepal by acting as a Trustee and Chairman od BNMT until his death in 1990.